“The Spy” meets “The Queen’s Gambit”

The true story of Sarah Aaronsohn. After witnessing the Armenian Genocide at the outbreak of WW1,  Sarah returns back to Palestine to spy for the British against the Turks in order to save the Palestinian Jews from a similar outcome

Pilot – WW1 changed the whole political and national landscape of the Middle East. It created new countries and new nationalities.

The Arabs had Lawrence of Arabia and the Jews had Sarah and Aaron Aarnsohn to champion their cause.

The Pilot begins at the end. On the eve of General Allenby’s departure from Cairo to the Battle of Beer-Sheba, news about the capture of Sarah Aaronsohn reach the British Intelligence headquarter in Cairo. Everyone is concerned for her fate and how much do the Turks know about the imminent attack of General Allenby.

In the small Jewish village of Zichron-Ya’akov at the top of the Carmel mountain overlooking the Mediterranean sea the whole village is surrounded by the Turkish army. The inhabitants are all locked in their homes listening to the tragedy taking place down the street as Sarah, her father (Ephraim) and her brother (Tzvi) are being tortured by the Turks in order to learn how much information they have given the British. But none is talking.

After three days instructions are sent to bring Sarah to Damascus for further interrogation.

Sarah requests to be allowed to take a shower and change her clothes. At home she enters her bathroom, as she washes herself it’s visible that her whole body is covered with blue and black bruises and her feet are burned.

Sarah looks at the mirror and hardly recognizes herself. She bends down under the sink and lifts one of the floor tiles where  a small pistol, papers and a pencil are hidden.

Sarah takes the pencil and starts writing while we hear her voice telling her story starting at 1905.

She tells about her love to Avshalom Feinberg, her desire to live life on her own terms, not limited to her gender and her struggles against society rules. The Pilot ends with her marriage to Chaim Abraham. 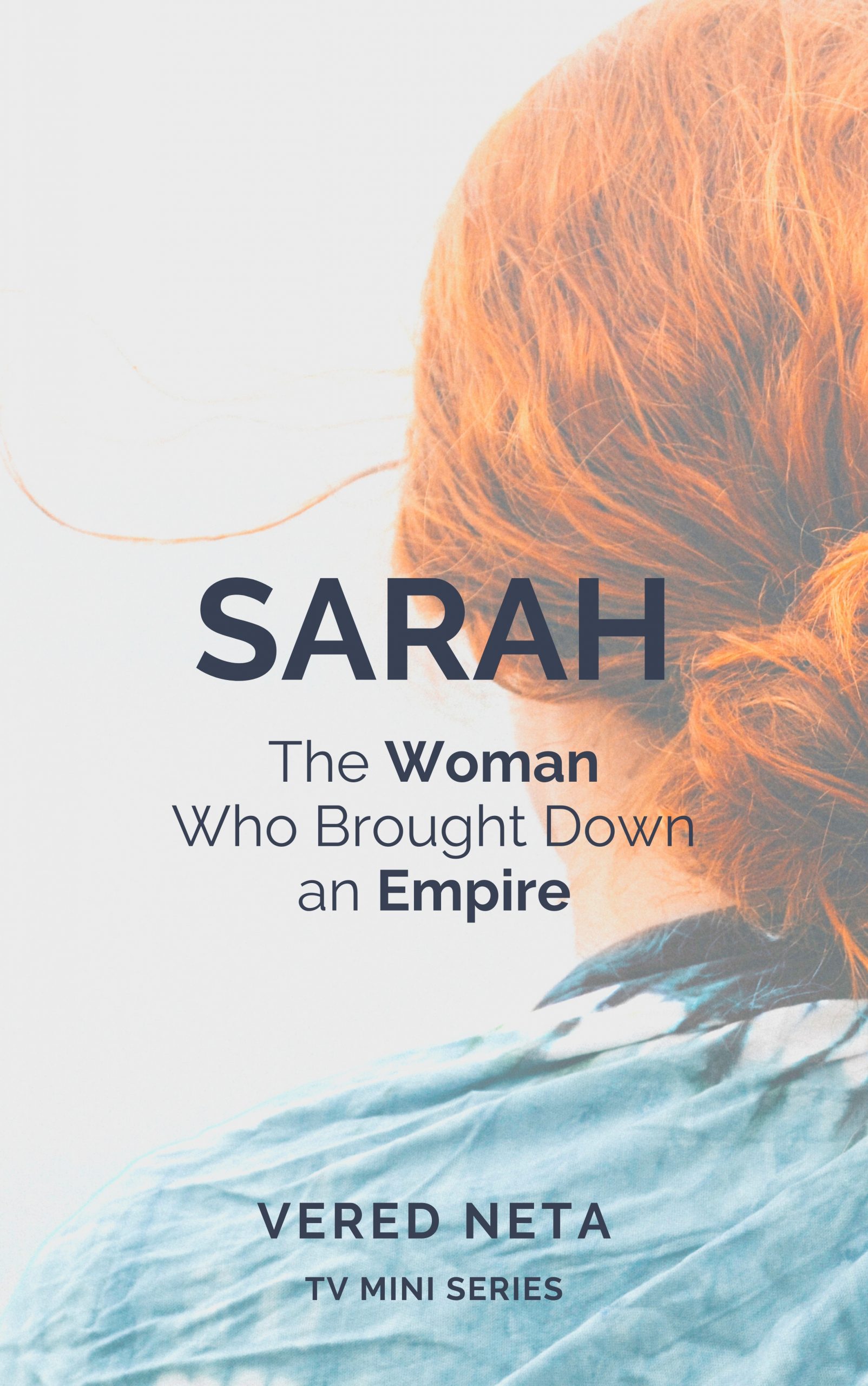