I’ve been known to be called a “Red-Headed Witch” as a kinder version for the “Red-Headed B*ch”. Neither of them was taken as an insult by me. I loved both of them, but preferred the first one.

I’ve been obsessed with witches ever since I recognised the immense power of the Witch archetype. I learned that embracing the “Witch Within” allows me to become powerful than I give myself credit for and gets me further when things become tough.

Witches have been a favourite ‘dark’ element for storytellers from as far back as the bible all the way to current TV franchises and films such as American Horror Story – Coven and The Blair Witch Project.

The classic witch is often green, warty, big-nosed and mean – stirring spells in her cauldron with her broomstick and pointy hat.

But the depiction of witches really isn’t quite so simple as all that.
For one thing, they’re not always malevolent forces in cinema. Nor are they all ancient and withered.

The modern witch, in fact, can be whatever the story requires her to be. Witches can be protagonists, or comic relief. They can start delivery services or repel the Nazis from England’s shore. They can star at the heart of multi-billion dollar box franchises, or go back to their roots to give us some of the best of modern, indie horror. Witches can do it all.

To celebrate Halloween here are… 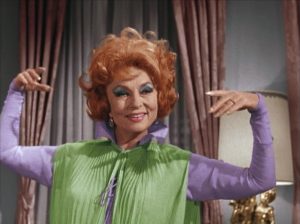 1. Endora – “Bewitched”
“Bewitched” was one of the first TV series I watched when I came to the UK in 1968. I couldn’t get enough of this “ordinary” witch, which I would try for hours to imitate twitching my nose and hoping to get what I want.

But the one that I loved most was Samantha’s mother, Endora. She was a fabulous example of how to enjoy life and use the talents that you get.  She is wise-cracking, party animal and more about the mink coats and jewels than pointy hats. 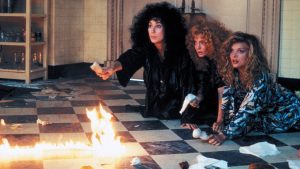 2.Alex, Jane and Sukie – “The Witches of Eastwick”
Alex (Cher), Jane (Susan Sarandon) and Sukie (Michelle Pfeiffer) are unhappy with their mundane lives in the picture-perfect town of Eastwick, Rhode Island until literally the devil comes to town.
All three women gain power and confidence and truly come into their own and embrace who they are.

I loved it (not just because of the powerhouse of actresses) but because it showed how much power there is in get-togethers and discussing fantasies, hopes and dreams. It’s really about the magic and power of friendships. 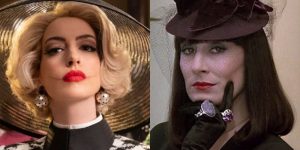 3. The Grand High Witch – “The Witches”
There is nothing more terrifying than when the Grand High Witch (whether the one of 1990 with Anjelica Houston or the recent one with Anne Hathaway) takes off her mask and we see who she truly is.

Though grotesquely presented, the GHW is a reminder it’s good not to underestimate those who you deem as weaker than you.
Besides, she’s so fabulously chic I couldn’t drop her off my list.

Why? Because it’s all about family and sticking together even when we see things differently. It’s a fantastic example of “practice makes perfect”. While one of the sisters is naturally blessed with magic the other has to work hard for it, but in the end working together gets them both what they want (and need). 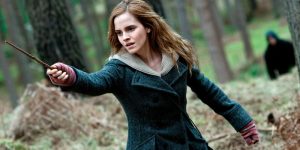 5. Hermione Granger – The Harry Potter series.
Hermione (Emma Watson) may be Muggle-born, but that fact does not derail her from mastering her magic skills and becoming one of the strongest witches at Hogwarts.

Not only is her magical prowess impressive, but she is also extremely book smart and a fountain of knowledge. Her kindness and loyalty to her friends is truly endearing. Both Hermione’s brains and magical toughness makes her one of the solid and most beloved witches of all time.

6. Maleficent – Maleficent.
Whether you like the traditional one of Sleeping Beauty or the one depicted by Angelina Jolie where the script gives her redemption and tells the story from her PoV – Maleficent is a powerful witch who isn’t willing to be ignored.

She’s a great reminder for women not to live by what people expect from you and stay true to yourself. 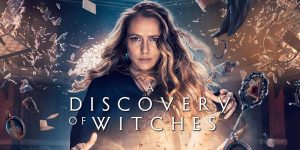 7.Diana Bishop – “A Discovery of Witches”.
If Endora never apologised for her talents and gifts, Diana is a fantastic example of a character’s arc. From unwilling to accept her power and gifts to connecting to them and using them in order to protect the people she loves.

Besides, I’ll always have a soft spot for “nerdy” witches who prefer spending time in libraries (like me) 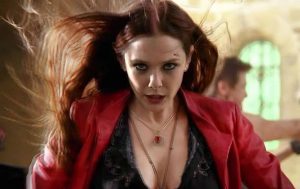 8.Scarlet Witch – Marvel Universe.
Scarlet Witch (Elizabeth Olsen) is first introduced to the Marvel universe in Avengers: Age of Ultron alongside her twin brother Quicksilver. With impressive powers like hypnosis and telekinesis, she initially started out a conflicting force to the Avengers, but ended up becoming a critical part of the team.

Her ability to manipulate minds makes Scarlet Witch a powerful and unstoppable force. Her tragic loss of both her brother and her loved one Vision made her into a fantastic example of both good and cruel elements of magic in equal measure. 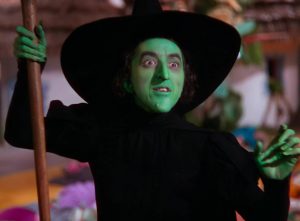 We had to wait 64 years to have her infamous character get a redo in the musical Wicked and learn she became evil and green only after her sister Nessa was killed. 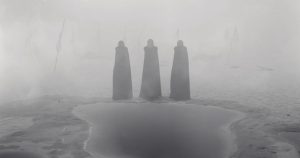 10.The Three Witches – Macbeth
No list about Witches can be complete without this trio who drive and manipulate Macbeth ambition.

They might be the most stereotypical witches (“thanks” to the period they were written in when witches were hunted and burned), but the lines Shakespeare has given them would stay with us forever: “Fair is Foul, Foul is Fair” and the eternal question of  “When shall we three meet again? In thunder, lightning, or in rain?”

Which are YOUR favourite witches? Let us know in the comment box below

2 thoughts on “Witches That Inspire Us”