I have a friend who owns a restaurant. It’s a family business. He took it over after his dad passed away. The restaurant has been serving food to the community for over 40 years and people love coming to it again and again.

A few months ago a food critic came to the restaurant and wrote an article that damaged the place. He looked down on them because the menu had not changed since he was a child. He smeared their name and killed their reputation.

After a few days of mourning my friend decided to take a stand. He created a video that went viral where he speaks from his heart to that critic. He didn’t attack him. He didn’t vilify him, he only spoke on the things the critic “forgot” to mention.

The fact that the restaurant survived for 40 years in an industry where restaurants open and fall within two or three years. The fact that it was for him a labor of love not a business.. The fact that people return to the place because the menu doesn’t change, because they feel at home there. Because it’s a place where they celebrate major life events and create memories to carry for a lifetime. 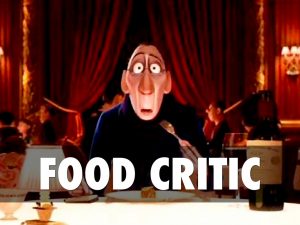 He ended the video by telling the critic that he was looking forward to his visit because he wanted to know how to improve his place. However, the critic preferred being mean and under the pretense of being an “expert” tore the place down without adding any value. My friend still thanked the critic. He was able to read between the mean and hurtful lines and find things he could improve in his restaurant. He invited the critic to visit again, but only if he will come in the spirit of kindness.

As I said, the video became viral and my friend’s place was full for weeks again. The reason was that he chose kindness over viciousness.

Now, you might be thinking, why am I telling this story in a blog which is all about movies and writing. The reason is that critics exist in every area. The problem is that most critics think that writing a piece that tears down the creator means they are smarter. It’s not how I see it.

I believe it’s time to have a new way of being a movie/book/restaurant critic. It’s time for KINDNESS criticism. Like Nelson Mandela said: ‘It’s much easier to break down and destroy than build and create something.’  Those critics prefer to destroy rather than help create something better.

Any movie or TV show involves hundreds, if not thousands of people all working to create something that would be great. Not good, great. Does it mean it always happens? Obviously not! But when we come to give it our criticism we should approach it with respect and reverence. Those people managed to bring to life ideas and thoughts. It should be respected and given their due respect for it.

A few years ago I ventured on an adventure of daily watching and writing 50 movies critics. When I started, my intention was to get into the habit of writing while learning more about the craft of scriptwriting and movies. The lessons I learned can be found on my blog post

That experience had led me to start looking into how film reviews are made. No doubt film reviews are crucial for this industry. Whether for marketing reasons, educational purposes and my favorite, checking out what to watch at night or over the weekend.

Unfortunately when checking literally thousands of film reviews I found myself wondering what does it take to make a GOOD movie review?

Let’s start with the fact that every movie review, in the end, is only an OPINION. There is nothing wrong with opinions as long as you remember that it’s not The Truth and the only RIGHT conclusion about a movie.

There is a difference between giving your opinion as “I liked/hated this movie” and educating your readers (watchers) with the reasons that got you to this conclusion. When you explain your opinion with hard facts and explanations you allow the reader to learn about the art and craft of movie making, but also to check whether they agree with your own conclusions.

Too many reviews are more a representation of the writer’s worldview than on examining the different aspects of the creation of a movie and the art and skills that needs to take place in order for us to watch that movie. 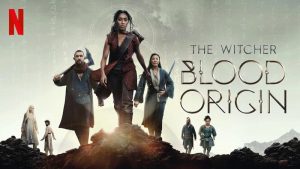 The best example I can give are the reviews of The Witcher – Blood Origin. I’ve watched the 4 episodes of the series before reading the reviews (something that I will keep on doing from now on).

I loved the mini-serie. Did I think it was perfect? Far from it. Was it flawless? Not by any means. But it was great entertainment, a fantastic example of how to create a prequel for an IP that exists for so long while satisfying the fans’ curiosity.

My first shock was to see the rating on it (4.5/10 IMD and 31% Rotten Tomatoes). I couldn’t believe it. Then I started reading why people were so outraged and disliked the mini-series. What I found out was that most of the time the outcry was not about the mini-series itself, but about issues that are not related to the artistic element of the show.

It was about whether it was loyal to the original source (obviously it can’t be as it uses it only as a benchmark) or whether it shows that The Witcher can be successful without Henry Cavill (what does that have to do with evaluating this program?).

The program is full of things that are so good which people have forgotten to mention. They forgot the amount of effort, time, talent and dedication it took to make it. Only for that they deserve full appreciation.

Here are the things that were great in this show: 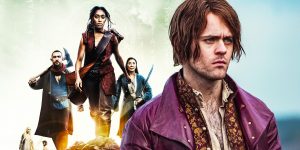 #1: Jaskier connects it all.

The show takes place 1,200 years before the events of Geralt of Rivia and Ciri. To connect us they chose the perfect character to do it. Not because he was available and cheaper, as one mean critic wrote, but because he is the most logical one to do this connection.

We are talking about a story that needs to be told. Whether told through song, gossip or as campfire tales, the story is meant to inspire and change real-world outcomes. Who is the most obvious one to tell it, if not Jaskier (Joey Batey), our beloved obnoxious bard from the original series? It was a great choice. 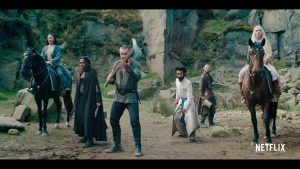 #2: Educates those who have not read the books.

It explores some of this universe’s biggest events and stories. Among them are the creation of the first witcher, the ancient Elven civilization, and the events that led to the Conjunction of the Spheres. It would help those fans to look forward to seasons three and four of the original series.

The mini-series delivers on giving us the Witcher prototype. Helps explain plot details of the first two seasons of the original show while bridging storylines for the upcoming season 3. Important connections are sprinkled throughout, flipping the script on what we know about bloodlines and the Continent’s elves and monsters. 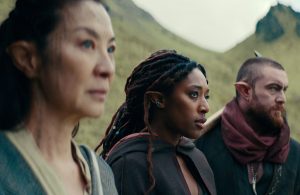 Whether you liked the choice of characters or not, the performances of the actors who portrayed those characters were fantastic. In my opinion even the characters themselves were a delight to watch.

Michelle Yeoh demonstrates that even at 60 you can still be a “kick-ass hottie” and that older women even in fantasy have roles more than just the witch or the wise-woman. I LOVE it that the writers have chosen this character and the choice for Michelle Yeong couldn’t be more perfect.

Another brilliant character and performance, which breaks stereotypes, is that of dwarf warrior Meldof played by the fantastic Francesca Mills. Her battle cry, “Strap your tits!”, deserves to catch on.

She’s also the one that in one scene is able to tell the whole story of oppression, imperialism and dictatorship in a one simple line the writers gave her “Your world is built on our bones.” which echoes something similar the elves have told the Humans in the original series.

#4: Costumes and action scenes are breathtaking

The series takes place both in ancient times and in a fantasy world.
Usually in such series you would get outfits and costumes as if taken from medieval times.

The costume designers on this show have chosen to break the mold and gave us costumes that reflect a fusion of ancient Chinese dynasties, japanese styles and medieval times.

The color and designs were absolutely stunning. Special attention was given to facial makeup as it should represent advanced elf civilization in a period before monsters and human interaction. The color palette distinguishes between the elves who had  a well-defined caste system of monarchs, rich nobles, merchants, warriors and lowborns.

As for the fighting scenes we get a lot of them as, after all, it’s a story of a rebellion. The fights are beautifully done and grab your attention. You get all the variety of them from hand fights to swords and full on armies all shot with great detail. 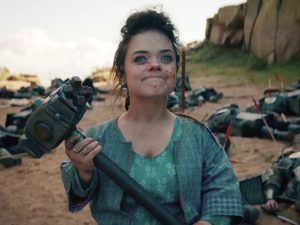 It’s 2022 we cannot stick with the worldview of the original source of Andrzej Sapkowski where the only representation we get is of white people.

The first two seasons of The Witcher tried to remedy that, but failed. Here the writers had a chance to give us a full spectrum of diversity.

White characters no longer take the lead in the way they do elsewhere. Varied body types are more commonplace here as well. Queerness – which is still lacking in the main show is appearing in an organic way throughout the four episodes.

Like I said, the mini-series is not flawless. It has its faults.  Here are the main ones: #1. Trying to squeeze it .
The show was originally supposed to be six episodes. For some reason it was edited to four episodes. In terms of character development, the shorter length did not really work in its favor. As a result, parts of the series feel very rushed.

#2. Underdeveloped characters.
As a result of trying to squeeze everything into only four episodes we get characters that we can’t fully connect to or understand them.

There is supposed to be a love story between our star heroes, Fjall (Laurence O’Fuarain) and Éile (Sophia Brown). However, it doesn’t feel like there’s been enough time to let their chemistry develop into a genuine, epic love. They share a bond, but the romance needs to heat up a little longer to hit us in the heartstrings. 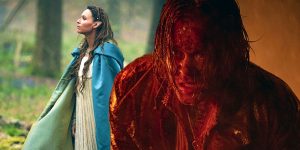 The main complaint most critics had was that the story had been told a thousand times. A group of separate individuals put together to stop evil from winning

But here is where my biggest disagreement is with those critics. It was exposed from the start by Jaskier. By stating this obvious point at the start he turns it into something that makes it interesting. It allows us to see beyond the obvious and we are captured by the story.

Kindness does not mean ignoring the parts that need improvements, it means giving respect to those people that made this creation possible and giving them something that they can improve for next time.

Would LOVE to get your input and thoughts about what makes a good critic review.

6 thoughts on “Think You Can be a Movie Critic? Be KIND”