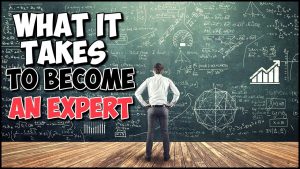 My “Muggle Job” (as my daughter calls it) is, for the last 35 years, coaching entrepreneurs.

One of the recurring issues I work with them is overcoming the “Imposter Syndrome”.

They always feel they are not entitled to call themselves an expert, as there is someone better known/popular/successful than them.

I work hard to get them understand that being an expert depends on their audience. As long as they are one or two steps ahead of their audience they will be regarded as an expert. They know more than them and can help them move forward.

So you’ll understand how surprised I was to find I fell into the same trap, when it came to my own writing. I do my best to improve my writing. I keep learning hoping one day I will be able to master this craft. I never considered myself an expert.

A few weeks ago, I discovered how wrong I was. I was giving a coaching session to one of my students and to my surprise, I ended up giving her a full on crush course in writing.

One of her goals was to write a children’s book. Despite the fact she had a fantastic idea she was not able to sit and write that beautiful story she had in her head.

Within few questions I found out she fell into the greatest pithole writers have… she fell in love with the idea, but has not developed it into a book. I told her a good idea needs to be followed up with the Holy Trinity of writing – Concept, Character and Structure.

We didn’t have time for an in-depth lesson about those three elements. So I had to simplify years of learning and give her the nutshell of it all. I was also reminded that many professional writers fall into the same trap.

In a Nutshell Here is The Holy Trinity of Writing: 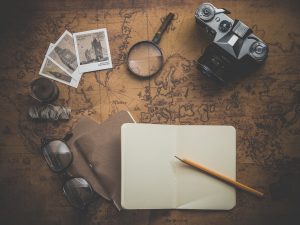 #1: CONCEPT
No story can be written if the concept of it is not crystal clear. Concept is not only the idea that you have for your story. It’s much more than that. It’s what HAPPENS in your story. You want to find out what is the premise of your story, what is the controlling idea that your story would be about.

To make it simple – you need to get clear on how to answer the question “What is your story about?” and be able to answer in a one sentence format. To go beyond the initial idea you can borrow a technique from the world of journalism.

Ask yourself these “5 W’s questions: WHO-WHAT-WHERE-WHEN-WHY. You don’t have to cling to them but play with them to get your CONCEPT clear Like:

You then want to form it into a one-paragraph sentence, which is called a logline, in a  general template like –  “When a (Protagonist), is (confronted by a major event/Antagonist), s/he must (do the action/goal). 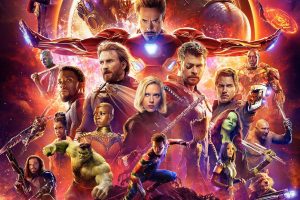 #2: CHARACTER.
You can not have a story if you have no characters. But in order to create an engaging story you need to map out the different types of characters. Protagonist, Antagonist and secondary characters.

We want to read stories about characters that DO things. Therefore you need to know them in advance.

if you begin writing too early, like my student, you cheat yourself because some of the most important work happens in the planning and exploration stage. Strong storytelling starts and ends with a realistic, memorable protagonist

Most experts would tell you to explore the backstory of your protagonist which is crucial. Understanding what makes them tick allows you to convey behavior and emotions authentically as the story develops. When a character’s actions line up with who they are and what they believe, they come across as credible and realistic, and the audience is immediately drawn in.

Having said that, It’s great that you know about your character flaws and wounds, but that is advanced stuff. For the basics, what you MUST know is – WHO is doing WHAT and WHY.

To do this, you can divide it into 2 important groups:

This is true also for secondary character/s who should have some sort of motivation, usually centering around this idea – They are either HELPING or OBSTRUCTING the protagonist in his/her goal

BOTTOM LINE – When you know WHO your two main roles are, WHAT they want and WHY, then you can start building their “teams” with secondary characters.

For the purpose of simplicity you need to make sure that every character has to have a REASON to *be* in the story.

In general, the protagonist’s need/want/goal and subsequent decisions are the catalyst for kicking your story off. The antagonist is the opposing to him/her. However, the secondaries must have role functions too, just like the protagonist and antagonist – that REASON for being in the story in the first place. Common role functions may include (but are not limited to):

As you can see it’s obvious how their role could HELP or OBSTRUCT the protagonist in his/her goal.

BOTTOM LINE – Ensure each character has a specific objective and their role in the story.

The last part of the Holy Trinity is the one that binds the first two together and that is:

Whether you’re writing a novel or screenplay, story structure matters. Structure is like the backbone of your story. It helps the audience and readers to understand the timeline and meaning of each event, keeping them engaged until the very end.

If you only focus on describing characters rather than having the story’s overall architecture it will ruin your characterisation and the interest in your narrative. What you need to understand is that structure and character go together.

There are hundreds of books (if not more) and countless courses to teach you about structure, but in the end it boils down to a Beginning, Middle & End – “Once upon a time there was a…. And then…. And then… and finally THE END”.

In terms of writing this is translated into what is known as The Three Acts Structure.

Act Two – is where most of the story happens. Antagonists and secondary characters enter the scene, tension builds, and the protagonist faces increasing obstacles. It’s also where major crises happen, pushing the protagonist to a place where they no longer believe they can succeed. They get to the point when they question why they went on this search, and if they have the strength to continue.

Act Three – is where the climax of the story takes place. The antagonist presents all their power, forcing the protagonist to prove their skills, intelligence, and courage to win (or lose). After which the protagonist heals their wounds and returns home. In this act, the author should fulfill any promises made earlier on, and tie up any loose ends.

When I first started learning about writing scripts it seemed obvious and clear this structure. It was completely instinctively understood as all our childhood stories are based on this format of structure (Think – Cinderella, Little Red Riding Hood, Snow White etc…)

But when I sat down to write my own story, things became a bit more confusing. I needed something more detailed that would help me move the story in a pace that would keep the readers (and watchers) engaged.

This is where I found Save the Cat template. It was laid out by screenwriter and author Blake Snyder. The template has been criticized for being too Hollywood-oriented, but it worked for me when starting out. The structure is built on a “beat sheet”, which outlines fifteen story sections, divided into three main acts.

Second Act – is where most of the story happens. The hero acts to overcome a challenge, and meets someone important along the way (via subplot). After a rewarding moment things get worse and the hero hits rock bottom.

Third Act – The third act is where the story wraps up, the hero finds a way to overcome the challenge and the dust settles.

To sum it up, if you wish to write any kind of story – short story, novel, play or movie script, you would have to take in account the Holy Trinity – Concept, Character and Structure. They are intertwined with each other. Forget one of them and your story will flop.

Would love to hear from YOU how you approach these three elements? What are YOUR tips?

4 thoughts on “The Holy Trinity of Writing – Concept, Character, Structure”