As the daughter of an historian and someone with an archaeology master degree,  it would be the most obvious choice to write historical novels when I became a writer.

However, very quickly I found that having the love of history run through my veins only complicated things when it came to writing historical novels and screenplays.

I’ve been working now for two years on a contemporary history novel (set in 1968 in Prague) and a TV mini-series (set during WW1 in Palestine) which have taught me a lot about the pitfalls of writing historical novels (and screenplays).

Before we begin, ask yourself  – what is a historical novel?  I’d say it’s kind of a spectrum. Some books are full of  facts. In these types of stories, the author fills in only the details they cannot know like specific conversations, internal monologues, or physical reactions.

Then there are other books that are only vaguely historical. Many historical romances, like Harlequin or Regency, fall in this category. You get a sense it happened in a specific time or place, but the history is mostly limited to the fashion and the setting.

Decide early on how factual (or not) you want your story to be – You’ll save yourself a lot of heartache if you know where you can play with the facts early on. With historical fiction, your setting was once real. Yet, your readers did not live during the Napoleonic Wars or in Ancient Egypt, so it is just as unreal to them as a science fiction book set on Mars. You have to know what life was like during your time period to make the story believable for your readers. To make sure that you don’t fall into this pitfall make sure you don’t rely entirely on Google.

I was a university student ages before Google creators were even born. So I’m used to doing my research the “old fashion” way, meaning going to that building called “library”and spending my days there.

At the same time, I love Google. It’s handy. I can’t tell you how many times a day I Google something. It’s a great place to start your research.But here’s a little secret: you can’t find everything on Google.

Here are some things you can’t find  on Google:

The solutions to those would be to do it the “old fashion” way. Libraries which would contain out-of-print books or academic journal articles. You can find experts to ask. Join relevant Facebook groups or subreddits. Email museums or universities to find a resource. Reach out to historical societies or re-enactment groups.

Main Tip – Start with Google and continue with primary resources and second hand ones. Pitfall #2: Too Much History, Not Enough Story

On the other hand, when you’ve spent months – sometimes years – immersing yourself in your chosen historical period, researching everything from what they used to eat to the fashions at that time or how people went to the toilet, you’ll no doubt feel the overwhelming urge to share everything you know with your reader.

But do yourself a favour Remember you’re NOT writing a history book, but a story.

This means you must selectively install your knowledge rather than dumping everything you know onto the page.

One good way of dealing with this is to seamlessly integrate the history. Check whether the information you have reveals something about the character and/or moves the story forward.

For example, it’s better to show the reader what kind of weapons would have been used during your period in a battle scene that’s integral to the plot rather than by having your protagonist take a random trip to the armoury to inspect them.

Main Tip – Your story is the most important. Your characters are more important than all your research. You are not writing a history book

Pitfall #3: Getting the Small Details Wrong

While you shouldn’t overwhelm your reader with every imaginable detail about your period, tiny historical details can really bring your story to life. They are important for world building and authenticity. Selective use of some of the small details of every-day life can really help to create a sense of authenticity. The problem is when writers get these details wrong.

It’s a good idea to have a working knowledge of the state of the world during the time you are writing about. You should understand your characters’ world from a global level down to a local level.

Sure, maybe your main character isn’t into nationalism politics or economics in the 19th century, but those details will affect aspects of your character’s life.

Who are the allies and enemies? How does the currency work? What are the social norms, and what happens to people who break them?

If your book takes place in the Middle East in the 19th century, your characters won’t visit Iran or Turkey. They’ll visit Persia and the Ottoman Empire. If you’re writing about World War II in Czechoslovakia, your 20-year-old male character needs a very compelling, believable reason to not be serving in the military.

Historical context is crucial for fiction. It will help dictate character motivations and events in your story. An easy way to plan your research is checking for political, economic, geographic, and social. You don’t need to know every major world event, but a general overview will provide you context for your story.

Main Tip – You need to get the small details right so your characters and plot will be believable. The fact that your story is set during The Elizabethan era does not mean that for the sake of accuracy you need to have your characters speak in a Shakespearean language.

Dialogue sounding phony is a common problem for historical fiction novelists because they imagine that in the past, people only spoke formally—unlike the slang we use today. But this isn’t true. Every time period has had different slang. Just think of how the language has changed in the short time you’ve been alive.

With historical dialogue, the trick is to avoid words and phrases that sound overly modern, focus on using neutral words that feel more or less at home both in the modern day and in earlier periods, and include a few archaic – yet still intelligible – words and phrases here and there to give the reader a good sense of the period.

If you aren’t sure whether a word fits, look up the etymology. EtymOnline and Dictionary.com are both great websites to find word origins.

But if thou insisteth on using archaic pronouns, please do thy research! Thee, thou, thine, and thy are not interchangeable!

Main Tip – Choose for creating authenticity rather than accuracy 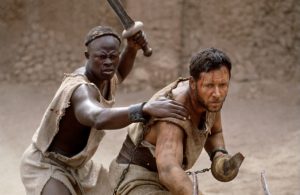 In the past, people had different ingrained values, views, and norms. Many of them would be considered backwards today, and some of them downright offensive.

Ancient Romans regarded gladiators fighting to the death as entertainment, slave trade was considered morally acceptable by many throughout history and was not limited to black people, attitudes on race and gender have come a long way over just the last hundred years.

The challenge is how to create characters that are historically accurate while not alienating or frustrating modern readers?

First thing is to remember that not all historical people conformed to the chief beliefs of their time. Though the slave trade may have been considered acceptable by many, a vocal lobby opposed it and eventually converted the majority to their cause.

There were progressive voices in the past on issues of race and gender, just as there are now. You can go down the route of including characters whose opinions contradict the widespread views of their time, or whose lives do not fit into the common mould, as long as there is a basis for it in history. Make sure you don’t make every character unconventional and that your unconventional characters clearly appear unusual in your wider story world. 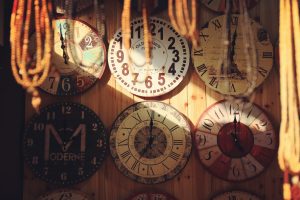 There is no way to know how much research you need before you start writing. I thought I knew everything I needed to know about my mini-series, but when I started writing it I kept running into things I didn’t know.

This is when things can get dangerous. Don’t fall down the research rabbit-hole. If you do, five hours will pass, and you’ll know the entire history of the battle of Beer-Sheba but only thirty words written on that day.

Instead, make a note as you’re writing to look up the information later. Then designate time in your writing schedule for research.

Main Tip – Don’t confuse between writing and researching, each has its time and space

His-tory is the story told by the winners and is a very one-sided narrative. The country you live in always sees itself as the “good guy.” History wasn’t only kings and generals: History was as diverse as it is today. The diversity was just hidden.

Queer people existed, though in secret. Non-white, non-European people thrived all over the world. Women found ways to have power within their society and culture, even if their names do not appear in the history books.

There are some tropes and trends that have persisted through historical fiction that you should avoid. Here are some narratives that are harmful:

Main Tip – Beware of those tropes –  we don’t need more characters that portray marginalised populations in an unimportant or negative light.

What are YOUR tips and thoughts on how to avoid mistakes in writing historical stories?